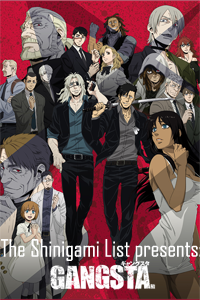 The official studio website is also no longer available.

The news, which brought a shock to the internet community and anime media, were made public on the 1st October,just as Studio Manglobe announced bankruptcy. They have filed for the procedure just two days earlier, on the 29th. One website claims that the studio has been in a state of insolvency for a long time before the events happened.

This is surely a shock, as the team who created Manglobe in 2002 managed to create history, without a single doubt. The studio, as obvious from their titles, has made a name for itself as the place where projects with unique and unorthodox feeling are created. They have worked with famous directors on various projects which will be watched for years to come… And yet, this happened.

The studio was also working on new titles including the Genocidal Organ anime movie, sequel in the Keikaku Itoh projects. They all will probably be finished by other Japanese anime studios. It is doubtful that the set release date for Genocidal Organ will stay the same.

I shall not be going on about their actions, I just want to ask everyone who is “so very sorry” that this studio has disappeared: How many items have you purchased from them and their official franchises?