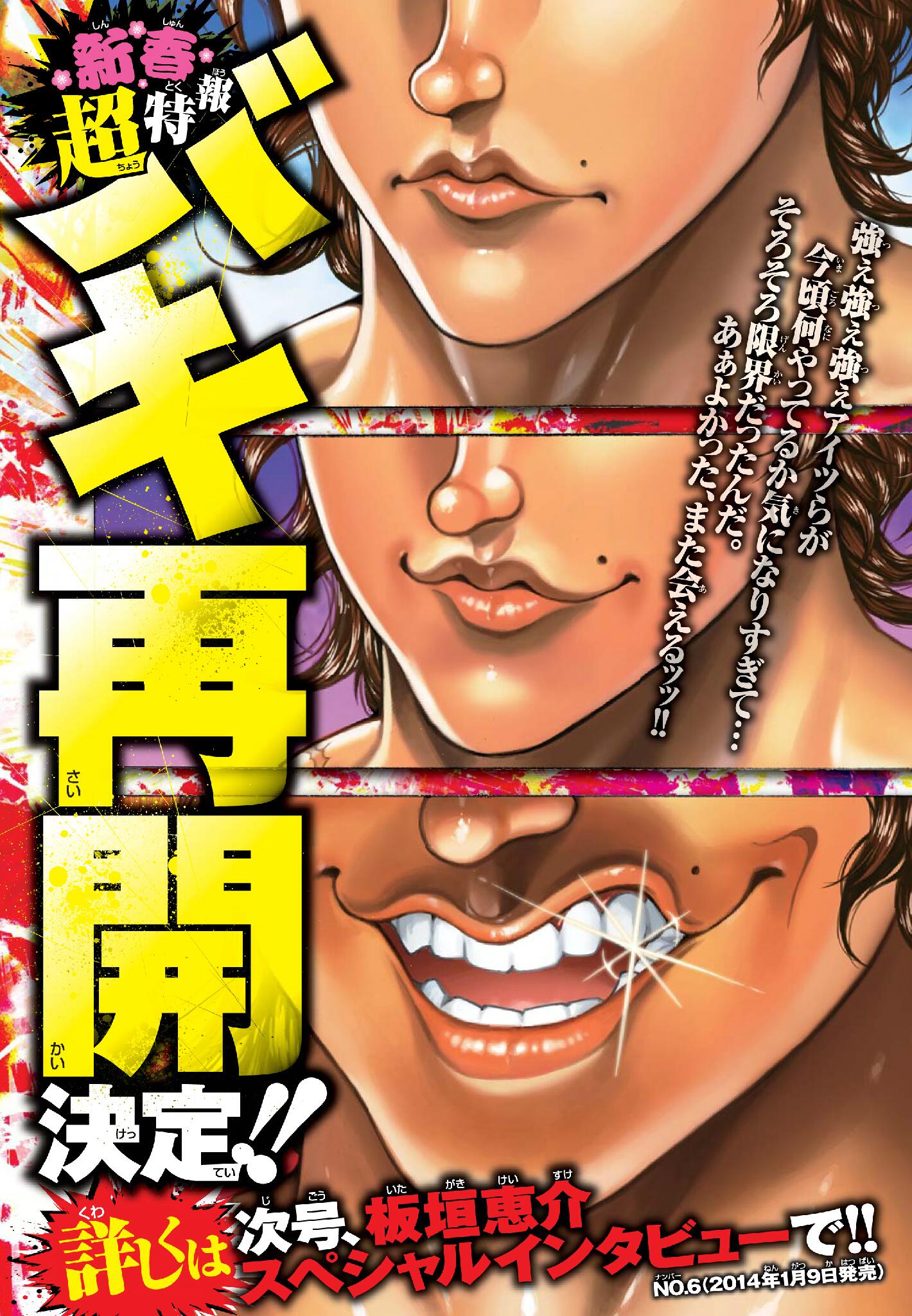 His Hanma Baki manga (the final part of the Baki the Grappler series) ended in August 2012 and just a bit later, during an interview, Itagaki-sensei said he was already planning the story’s continuation. Until today, however, we had nothing confirmed nor certain about Baki’s future.

The Baki series are already chasing their third decade at Akita Shoten. For all of you who don’t know what I’m saying:

Two anime series based on this manga, an OVA and a number of manga sequels have already been created. Several ongoing spinoffs by other authors are also being published right now (e.g. Yukinao Yamauchi’s Baki Gaiden: Kizuzura and Baki Gaiden: KENJIN, although the latter went on an indefinite hiatus recently)